Sku: DrayTek Vigor 1000
construction of new fiber optic lines. On this uFTU, ISPs themselves have the choice of the Network Termination Unit (NTU) to be installed. DrayTek has specially developed the new Vigor 1000 series...
Dual WAN
Dhs. 0.00

construction of new fiber optic lines. On this uFTU, ISPs themselves have the choice of the Network Termination Unit (NTU) to be installed. DrayTek has specially developed the new Vigor 1000 series for this, which appears on the market in various variants. For example, it is possible to place two products from the Vigor 1000 series next to each other on the baseplate (the uFTU), so that the Vigor 1000C and 1000Vn can be used together.

The DrayTek Vigor 1000C has an analog BNC coax connector that can be connected directly to existing analog television infrastructure, while the Vigor 1000 series appears in different versions, of which the Vigor 1000Vn is currently the most extensive. This has four Gigabit LAN ports, two telephony ports for VoIP applications and an 802.11n wireless access point with external antennas.

The Vigor 1000Vn is equipped with IPv4 and IPv6 dual stack and an extensive firewall and has the possibility of two simultaneous VPN IPSEC connections. By implementing two USB ports, both a printer and a USB storage medium can be connected, while the port can also be used for 3.5G UMTS / HSDPA modems, which can be used as failover on the fiber optic. DrayTek has added an iTunes server especially for Apple users.

The Vigor 1000Vn also supports the TR069 protocol, which means that auto provisioning and backup must be simplified. DrayTek has already developed a management package for this called VigorACS. For digital television, network ports can be routed to the set-top box based on VLANs. 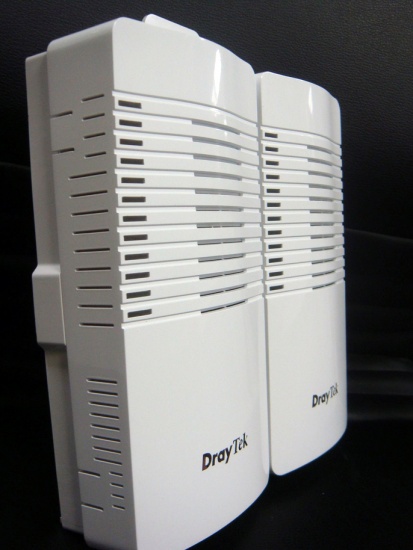